Mother Nature can rock our world without warning, but the old lady digs bands that embrace the Earthly things she provides. And her playlist is wild! It has some rare assorted rock outfits from peaceful small rivers to dominating mountains, and vast, pristine prairies. She invented ‘eco-friendly’ and her music choices keep it natural.

Back in the ‘hippie’ days of the mid-sixties, the groove was all about our senses, and perhaps how we distorted them with various substances. Enter Strawberry Alarm Clock, the psychedelic rock band from L.A. The group formed with a mixture of personnel from several other outfits performing under names such as Waterfyrd Traene, Public Bubble, and Buffington Rhodes. In 1966 and early 1967 the band set out to create their first album, and there were two recording sessions, one at the Recording Factory and one at Sunset Sound. Songwriter/guitarist George Bunnell shared writing chores with Steve Bartek, who eventually would end up joining Oingo Boingo decades later. There were probably 10 songs in all that were recorded but, according to Bunnell, both masters were stolen.

The album was released by Uni Records in December of 1967 and went soaring on the charts, nearly breaking into Top Ten territory at number 11, while the single topped the charts for a week. During the follow-up tour, in April of 1968, several dates in the South were canceled in the wake of Martin Luther King’s assassination. King said that the band all acquired handguns after King’s death for the remaining shows in the South and that he carried his in his waistband onstage.

The Grass Roots had a handful of major hits such as “Let’s Live for Today,” “Midnight Confessions,” “Temptation Eyes,” and “Two Divided by Love”, and helped define some of the best AM radio of the time. They managed to chart 14 Top 40 hits, with seven gold singles and one platinum single, and two had hits collections that effortlessly went gold. The group got their start as a ‘project’ band under the direction of P.F. Sloan and Steve Barri, a songwriting duo working for Dunhill Records. While writing songs targeted for the growing folk rock movement they came up with was “Where Were You When I Needed You,” which they recorded with studio musicians. The song was released under “The Grass Roots” and submitted to several radio stations in the San Francisco area.

When a fair amount of interest in this new band came about, Sloan and Barri went searching for a band that they could promote using the Grass Roots name. After a brief quest they came up with a San Francisco band, The Bedouins, and they recorded “Where Were You When I Needed You” again, using that band’s lead vocalist, Willie Fulton. The new band, however, demanded more control over the writing and recording processes, and the label dropped the group and again started looking for a replacement ensemble. They found the third incarnation in Los Angeles, a band called The 13th Floor. In the beginning, they were one of many U.S. guitar pop/rock bands, but they developed a unique sound mixing British beat with soul music, rhythm and blues and folk rock. Their recordings usually featured a brass section, a novelty among American rock bands, with groups like Chicago just developing.

In the summer of 1967, they had their first U.S. hit,  “Let’s Live for Today”, which sold over one million copies and was awarded a Gold Record. The band continued to progress and made the charts with “Midnight Confessions”. A steady stream of hit singles continued with titles such as  “Let’s Live for Today” and “The River is Wide”, “Things I Should Have Said”, “Temptation Eyes”, “Sooner or Later”, and “Two Divided by Love”. In total, the group has achieved Top 10 three times, Top 20 three times and Top 40 eight times, and to date have sold over twenty million records worldwide.

Their first album used a Norman Rockwell Saturday Evening Post cover that featured a trail-worn cowboy, named Luke, who appeared on every Pure Prairie League album cover that followed. It took several years to find popularity, and this came via the hit single “Aime” from their 1972 album Bustin’ Out, and the follow-on tune “Falling In and Out of Love.” The single, however, hung around for nearly three years before hitting the music charts, reaching number 27 in 1975.

Following numerous line-up shifts, in September 1978 while holding auditions they found Vince Gill, who penned a majority of their songs before leaving the group and striking it big as a solo country singer. Other contributors to PPL projects included Mick Ronson of Mott The Hoople, Emmylou Harris, Chet Atkins, and Eagles guitarist Don Felder.

Call it soft rock, pop rock, or even folk rock, but whatever you call it, many call it ‘good’. The Little River Band began flowing in Melbourne, Australia, in March of 1975. The band recorded their first single, a remake of “When Will I Be Loved”, but Linda Ronstadt beat them to the music stores with her version so the single went unreleased. In May of 1975, after changing names from Mississippi to LRB, they signed with EMI and began writing and recording their debut album.

Little River Band peaked at number 17 on the Kent Music Report Albums Chart during the fall of 1975. The album (with Australian cover, below right) was not released in the U.S. until September of 1976 and rose to number 80 on U.S charts, and the epic, eight-minutes-plus single “It’s a Long Way There” made Top 30 on American charts, topping out at number 28. The group also gained attention and popularity in their homeland, and in September of ’76, they opened a London concert for Queen, then toured Europe with The Hollies. In November 1976 they appeared in their first U.S. concert, a Virginia gig, opening the show for Average White Band.

Their second studio effort, After Hours, was passed over in the US by Capitol, the label the band had been with since December of ’76. Taking cuts from the second and third (Diamantina Cocktail) Australian releases, the label put together the second U.S. album, also released stateside as Diamantina Cocktail. In Australia the album became their highest charting album, peaking at number 2; the U.S. version reached the top 50 on the Billboard 200. In January 1978 it was certified gold by RIAA for sales of 500,000 copies, and

they were the first Australian band to do so.

After the fourth release, Sleeper Catcher hit the streets, the band had cultivated a solid following and two singles from the album, “Reminiscing” and “Lady”, became American hits, landing at number 3 and number 10 respectively. In the years since it’s release, “Reminiscing” has been played on American radio over five million times, according to BMI, and “Lady” now exceeds 3 million plays.

During 1977-78 the band underwent major personnel changes, and after a handful of hit singles the shine wore off, and their last charting U.S. single, “You’re Driving Me Out of My Mind” was from the 1983 album The Net. Continuing to record and tour, the group is still quite popular in Australia, receiving numerous awards from Best Live Act to Best Album Cover for Diamantina Cocktail. The Little River Band are considered to be among Australia’s most significant bands, and they have sold more than 30 million records and scored 13 American Top 40 hits. In September 2015, Little River Band were named as “Casino Musical Entertainer of the year” during the Annual G2E Awards ceremony, at the Hard Rock Hotel in Las Vegas.

Manfred Mann first got it all together in the 1960s with the self-titled British invasion band that had such hits as “Do Wah Diddy Diddy” and “The Mighty Quinn” and then transformed into a jazz fusion-inspired outfit using the name Manfred Mann Chapter Three before forming the Earth Band in 1971.

Klaus Voormann is rumored to have inspired the Earth Band’s name by suggesting that Mann’s soft pop style had to become “earthier” and rockier due to the seemingly effeminate image of Mann’s earlier band, which involved a number of close encounters with violence, particularly in Ireland. The officially approved version, however, states that the name was chosen on suggestions of drummer Chris Slade in September 1971 and is related to the ecological movement at the time.

Songs and albums from the group addressed social criticism with regard to topics such as slavery, apartheid, mental illness, technological progress, oppressed ethnic groups, and ecological concerns. In addition to producing their own material, a mainstay of the band’s music and performances has also relied on covers of songs by other artists, notably Bob Dylan and Bruce Springsteen.  Their U.S. breakthrough came in February 1977, when they charted at Number 1 on the Billboard Hot 100 with a cover of Bruce Springsteen’s “Blinded by the Light” from The Roaring Silence.

With albums that have charted in at least 8 countries and singles that have made the charts in at least 5, their albums have had the most success in Norway, where a total of 7 released made it into the top 10 of the VG-lista albums chart. Despite a short hiatus in the late 1980s/early 1990s, the Earth Band has continued to perform and tour through the present.

Vocalist and guitarist Leslie West turned a molehill into Mountain on Long Island in 1969. With bassist/vocalist Felix Pappalardi, Steve Knight on keyboards, and drummer N. D. Smart, the band began by playing various local concerts. Pappalardi, who had previously been a collaborator with Creem, expressed interest in producing West’s work. West, disgruntled with the lack of success of his first project, found Cream to be a great inspiration. He immediately dropped his current style and adapted a rawer and much harder style of Rock N’ Roll, which he had begun to favor. Naming themselves Mountain after West’s prior album, West, Pappalardi, Smart and Knight played shows on the West Coast before getting to play their fourth concert at Woodstock.

Mountain was received enthusiastically at the festival, however, the group was not in the film of the event, and their performance missed the cut on Volume 1 of the festival’s live album. Shortly after their Woodstock performance, Smart was replaced by Canadian Laurence “Corky” Laing, who played drums on the album Climbing! which came out in March of 1970. The first track is the one that became the band’s signature song, “Mississippi Queen”. The classic rockin’ single reached number 21 on the Billboard Hot 100, and was featured in the 1971 cult film “Vanishing Point”, and the album moved up to number 17 on the Billboard Top 200.

The band embarked on a hectic touring schedule, stopping in the middle to record a follow-up album, Nantucket Sleighride, released in January 1971. This album reached number 16 but failed to yield a hit single. Following these early releases, Mountain continued to receive critical acclaim but never again achieved impressive commercial success. The group broke up in February 1972 after a U.K. tour. West felt that drug abuse within the band and Felix Pappalardi’s road weariness and worsening hearing problems primary factors for the dissolution. Over the years the band produced three Gold Albums and is considered to be one of the bands that contributed to the development and growth of heavy metal music in the 1970s. 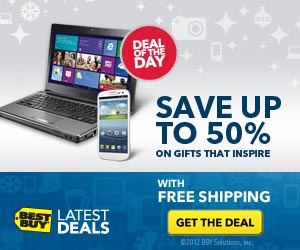